The CPSC recently posted guidance on its website for consumer products related to COVID-19, including personal protective equipment. The guidance covers four categories of products: (a) face coverings, (b) gowns, (c) gloves, and (d) disinfectant and cleaning products. The guidance emphasizes that personal protective equipment sold to consumers must comply with all CPSC regulations, which include testing, certification, labeling, and recordkeeping requirements. The guidance drew sharp criticism from CPSC Commissioner Dana Baiocco in a statement:

This is NOT an official CPSC policy position.  An official CPSC policy position requires a majority vote of the Commission.  No vote was taken on the information presented on the website and certainly no vote was taken on whether a “mask” crafted during the pandemic should be regulated as “apparel” or “textiles.”  In fact, no briefing, legal opinion, or analysis of the recent OMB direction was provided to this Commissioner regarding any of the opinions or “guidance” contained in the communication.  Furthermore, there was no public comment or notice solicited on the matter . . . . [T]his unilateral publication suggests the potential for general legal liability and/or CPSC enforcement action—retroactively—without perspective, notice, or any deliberative process.  Enough with the unilateral communications and publications.  They are not approved policy.  They serve only to create unnecessary public tension, confusion, and damage to the Agency’s credibility.

In a rare move, the CPSC voted recently to refer a case to the U.S. Department of Justice asking it to pursue and litigate a civil penalty for violations of the Consumer Product Safety Act. Usually, the CPSC does not disclose such referrals to the public. Yet CPSC Acting Chairman Robert Adler issued a statement about this referral. Although the referral’s details remain confidential, Adler took “the unusual step of announcing this action to assure the American public that the enforcement process at CPSC—thought by some to be dormant—is continuing.” Adler’s statement refers to the decline in civil penalties obtained by the CPSC in recent years when compared to the millions in civil penalties imposed annually on manufacturers, distributors, retailers, and importers between 2007 to 2017.

Recall insurance—like other policies—often involves potential issues related to notice requirements. A threshold question in those disputes is what facts or circumstances trigger the obligation to provide notice in the first place. A recent court ruling clarifies the significance of the notice-trigger under a product contamination insurance policy.

The case was filed by George’s Inc. and affiliated companies that were all involved in producing ready-to-eat (RTE) meat and poultry products and had incurred more than $3 million in losses. To protect against risks related to salmonella contamination and product recalls, George’s purchased insurance. The policy required notice within 30 days upon “first discovery of [an] incident that may be covered under the terms of this Policy.” The insurers argued that the 30-day deadline should have started when the United States Department of Agriculture (USDA) notified George’s of a single positive salmonella test resulting from the government’s routine product testing. George’s argued that the USDA notice was insufficient to start the clock because it had to evaluate if the various requirements for coverage were, in fact, satisfied. That process took some time, George’s contended, and so the 30-day window did not start upon receiving the USDA notice.

The court agreed with George’s. Applying governing Arkansas law, the court recognized that “an insured must strictly comply with an insurance policy notice provision” and that insurers were not required to show any prejudice because the notice provision was a condition precedent under the policy. However, the court rejected the insurers’ argument that George’s failed to state a claim due to late notice. The court noted that, after the initial positive test, George’s “still needed to investigate further to determine whether an Insured Event had occurred” and had to evaluate the quantity of the product that was potentially impacted. As a result, the court found that George’s had “plausibly alleged that [it] did not ‘discover an Insured Event” until six weeks after the initial test results and allowed the case to proceed.

As previously reported on the Hunton Insurance Recovery Blog, a federal judge recently denied an insurance company’s motion to dismiss the claims of another insurer seeking reimbursement and contribution for the $15 million it paid to settle underlying claims arising from a product recall.

In May 2016, Grain Craft, an independent flour miller, voluntarily recalled certain flour orders that were contaminated by trace amounts of peanut protein. Grain Craft’s customers asserted claims against the company and its insurers, seeking compensation for “property damage” incurred from incorporating the contaminated flour into their products. The insurers covered the customers’ claims under two separate towers of insurance including several general liability, umbrella, and excess policies. One excess insurer, Travelers, paid $15 million to resolve various recall-related claims. Travelers then filed a complaint against the other insurers to recoup its $15 million payout, alleging that the other insurers did not properly exhaust their policy limits and were unjustly enriched by Travelers’ payment.

North River, the excess insurer directly above Travelers in the two insurance towers, moved to dismiss Travelers’ complaint for failure to state a claim. North River characterized Travelers’ allegations that North River was “unjustly enriched” and that Travelers was entitled to recover its payment as “conclusory statements devoid of factual enhancement” that are “not entitled to the assumption of truth.” Specifically, North River argued that Travelers’ bare allegations were because North River cannot be liable for equitable contribution because it “sits atop Travelers” and, therefore, had no obligation to pay the recall claims unless and until Travelers had first exhausted its limits.

Following virtual oral argument, the judge denied North River’s motion to dismiss, finding that there could be a legal basis for the claim of recovery. The judge ordered the parties to attend mediation within the next 60 days and to proceed with discovery. The judge reportedly expressed skepticism about the viability of Travelers’ unjust enrichment claim but concluded that discovery would reveal each insurer’s responsibility for allocating the settlement payments at issue.

Insurance coverage for product recall-related claims can come in various sources. Companies can purchase standalone recall policies, which typically cover the costs of shipping, storing, and disposing of the recalled products, the cost of damage products caused by contamination, loss of profits resulting from the call, and other kinds of rehabilitation and crisis-related expenses. Recall coverage, however, can also come from “traditional” policies, like commercial general liability and umbrella policies, which can be triggered because of the allegations of “bodily injury” or “property damage.” For example, Grain Craft’s customers triggered coverage under the company’s liability policies by alleging property damage when the customers incorporated contaminated flour into their products.

In the Grain Craft dispute, the insurers took appropriate steps by first protecting the policyholder in resolving the underlying claims and then pursuing various legal and equitable claims amongst themselves to attempt to allocate loss. North River’s position that generic allegations of unjust enrichment and entitlement to recoupment of insurance payments were insufficient to state a claim was noteworthy, as many times it is the policyholder making those arguments in disputing recoupment claims by insurance companies. The excess insurer in this case was unsuccessful, at least until discovery concludes. We will continue to monitor this interesting recall dispute for further developments. 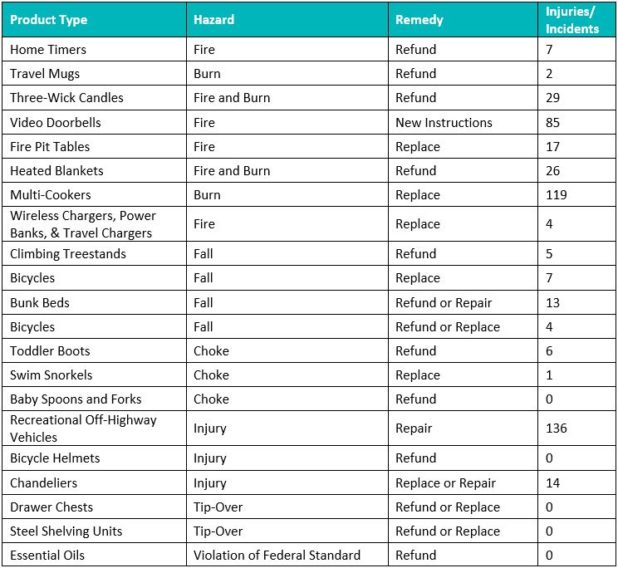